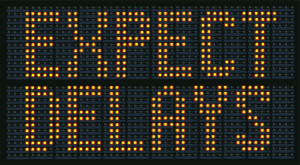 On April 21, Google made sweeping changes to their search engine algorithm for mobile devices. Sites that are not “mobile friendly” will appear lower in search results on mobile devices.

Google announced the change months in advance, to give site operators time to make changes. They even provided a Mobile Test Tool to determine if a page is mobile friendly.

Many sites made great efforts to be ready for the April 21 deadline… but neglected to take into account Google’s indexing cycle, which may take weeks or months to revisit a site.

One client’s site was ready for the change by April 18.  However, Google last crawled the site on April 14.  Now, two weeks after the algorithm change, Google Webmaster Tools still reports 56 pages with mobile access errors (despite that fact that all pages have been fixed).

I am gathering data on how the changes impact a number of sites, and I’ll be reporting the results once the dust settles.  However, many sites that made an honest attempt to meet Google’s widely trumpeted deadline are still going to be penalized until Google catches up.

Despite the delays, the recent changes are a clear indication of the direction search companies are going.  Sites that have made changes will benefit in the coming months. Businesses that have not upgraded their sites should do so soon.