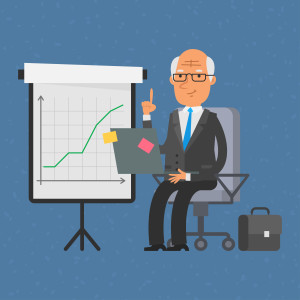 As the population in the United States ages, business leaders are discovering that older workers are not only “up to the job,” but may in many cases be better at it than younger employees.

Here are a few of the reasons:

Early- and mid-career workers are often preoccupied with career advancement. Their focus is on the things they need to do in order to move on to the “next job.”

Older workers tend to be less concerned with advancement, and more focused on satisfaction and accomplishment in their current job.

Older workers have the experience and skills to fill many positions. They can be an excellent choice to fill a position on a temporary basis, while you conduct a search for a permanent hire.

Older workers have had to re-invent themselves many times over the course of their careers. They know how to go about acquiring new knowledge and skills.

While short-term recall and rapid recall decline as the brain ages, studies show that older brains are actually better at integrating new knowledge with existing knowledge. Studies also show that the decline in rapid recall is largely due to the fact that older people simply know more, so there is more knowledge for the brain to sift through.

According to a 2010 Pew Research Center survey, “Nearly six in 10 respondents cited work ethic as one of the big differences between young and old. Asked who has the better work ethic, about three-fourths of respondents said that older people do.”

Older workers have larger networks of colleagues and associates to draw on. A study conducted by The Center on Aging and Work at Boston College found that 46.3 percent of employer respondents said that their older employees have stronger professional networks and client networks compared to younger workers.

Surprisingly, studies have shown that productivity increases as workers age. This may be due to greater knowledge and experience, or to better focus.

These are a few of the reasons why companies are starting to turn to older workers. Fifty-four percent of private-sector employers hired workers age 50 and older in 2014 – up six points from the previous year!